Batumi — is the heart of Adjara, and still is a port city and tourist center of Georgia. But above all, Batumi — is a resort town with a beach stretching for about five kilometers and a width of 30 to 55 meters. In addition to the beach there are many unusual buildings: House of Justice in the form of an inverted bottle, Alphabet Tower is similar to the DNA molecule of the letters of the Georgian alphabet, the broken building of the hotel Radisson Blu Batumi University of Technology is located in the highest building in Batumi with its own Ferris wheel, a restaurant-dressing McDonald like a drop of oil and many other copyright buildings. 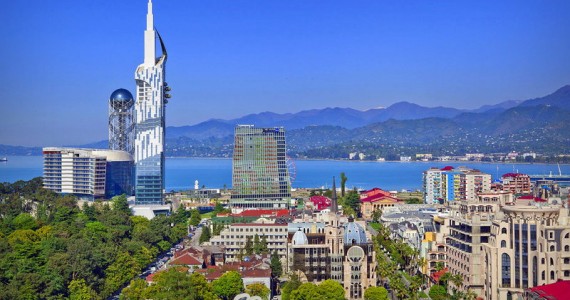 Batumi is the pride of the Batumi Boulevard. It is a place where everyone will find entertainment for the soul. Here you can find compositions, monuments, sculptures, interesting design, compositions of modern authors expressing love, kindness, showing history’s undeniable attitude to life things. A key figure of the boulevard — all the famous statue of «Ali and Nino», which symbolizes love and understanding between Asia and Europe. This seven-meter sculpture statue is called Love. Going around the circle, then they merge together, then diverge again. At night illumination of their movement look like a dance of love. In addition to various sculptures about love and lovers there is a sculpture of boots, which many have already «trying on» a monument to the Internet in the form of @. There is a maze of desires — lined with pebbles path. To fondest wish come true, you have to go through the maze from start to finish, without turning, and with no one talking, and at the end of the maze you need to put your hand on the iron handprint. 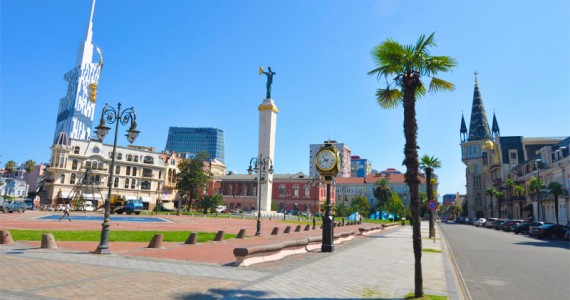 Another attraction of the Batumi Boulevard — Wedding Palace. His view is a miniature structure resembles a dolphin. Powered Palace of day and night, but the marriage documents are valid only in Georgia.
«Miracle park» — a beautiful area on the boulevard. She placed Alphabet tower and lighthouse. Here you can ride on roller skates, bikes, skateboards, and then relax on the chairs-stones.
Also, there is a great variety of different fountains, cafes and restaurants, and yet there is a fountain with a free chacha. Once a week for 15 minutes out of it flows chacha from different manufacturers.
And, of course, you can take a ride on the Ferris wheel. With its highest point of view of the whole of Batumi. 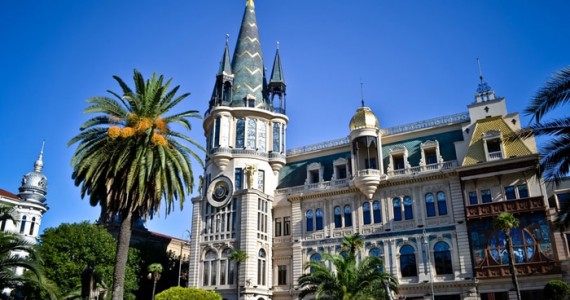 It is said that the beaches Batumi Dolphins often swim and you can watch their solo numbers, while on the beach. But if you are not lucky enough to see dolphins in the sea, the sea will bring a positive interaction with dolphins in the Batumi dolphinarium. The show lasts 30 minutes of performing dolphins 8. After the show, you can swim with them. 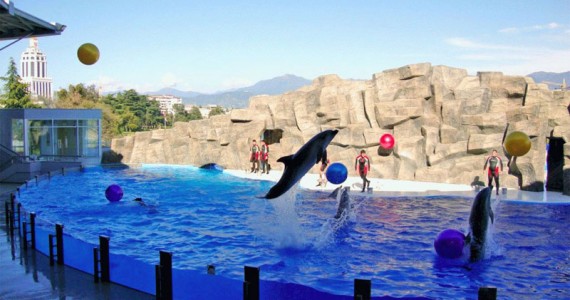 The most amazing and beautiful landmark of Batumi — Botanical Gardens . For 15 years, he turned a botanist and geographer Andrei Krasnov kingdom into a flourishing marshes and unusual your neighborhood garden. Garden cascading down from the top of the mountain to the sea (as the legendary gardens of Babylon). On the vast territory of the garden beautifully coexist plants from different climatic zones: Japanese cherry and eucalyptus, bamboo and cacti, palm trees and even a tea plantation, citrus …
At the Botanical Garden has many gazebos and a bench located in the shade of the trees, there are picnic and camping, where you can set up a tent and spend the night among the centuries-old trees and fragrant flowers. 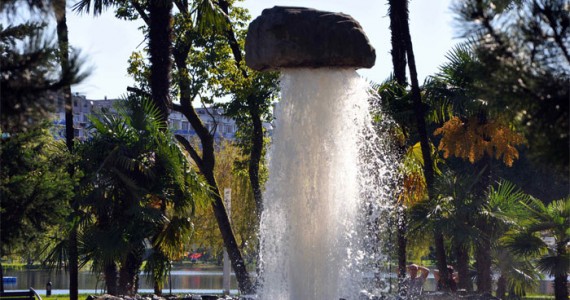 In the center of Batumi is one of the oldest churches in the city — Church of St. Nicholas. It was built by the Greeks more than 150 years ago. In 1894, the church opened male and female school acted church choir, is considered the best in the city.
The first liturgy was held in 1871, but, like almost 140 years ago in the church every day for thousands of parishioners committed worship, church choir performs. 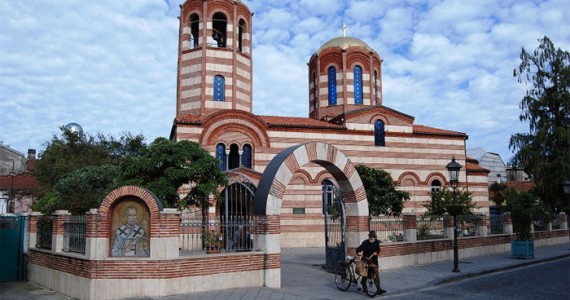 Another attraction of the hundred-year history — Batumi Archaeological Museum, a large two-story hall that hosts a huge number of exhibits (about 23 thousand). On the second floor of the hall exhibits relating to the Stone and Iron Ages. On the ground floor there are exhibits from the ancient period and the Middle Ages, many of which were found during excavations of Adjara castles, Greek and Roman coins and jewelry. Copies of gold jewelry can be purchased in the museum shop. The museum also has a restoration laboratory, and in the photo archive and research bibiloteke find information about all the museum’s exhibits. 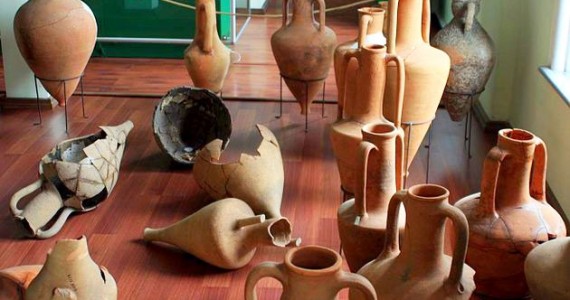 After visiting all the attractions of Batumi look at the Batumi brewery Batumuri, which is brewed one light beer. According connoisseurs and lovers of beer, this beer is very tasty.