At the foot of the Caucasus mountains, on the left bank of the Terek River, on the Georgian Military Highway, at 1,700 meters above sea level, it stretches a small town Stapantsminda, the only area in the mountain Moheve. From 1921 to 2007 the city was called Kazbegi, in honor begat here writer Alexander Kazbegi. In Stepantsminda has History Museum (in the house where he was born and grew up Kazbegi), dedicated to the writer. The house itself — is an example of how the Georgian aristocrats lived in the 19th century. Museum consists of two floors. The second floor is completely dedicated to Alexander Kazbegi, wrote the famous novel «Patricide» robber of Kobe. As historians say, this story really liked Joseph Stalin, he even took his party pseudonym «Koba».
On the ground floor of the museum are objects of everyday life of inhabitants of the then Kazbegi: clothes, dishes, restored interiors of the home. The most valuable item in the museum is considered an iron gate with a chain cave of Bethlehem, which for many years was considered a fiction. But in the 19th century among mohevtsev rumors that the above glaciers of Mount Kazbek is a cave, which holds sacred objects. The cave can only climb the holy man chain driven into the rock. In January 1948, an expedition was organized, which discovered the cave. Found valuables came upon the idea that the ministers of the church Holy Trinity Cathedral of Tbilisi (The Holy Trinity), located in the alpine village of Gergeti, hid in the cave all the treasures of the temple during military incursions. 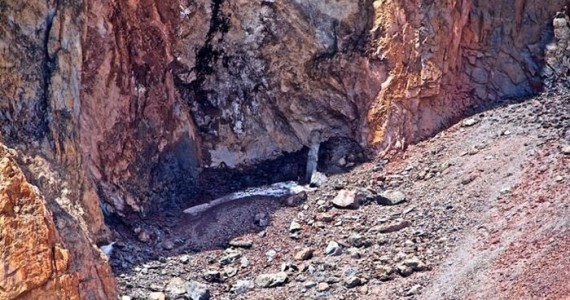 Temple Gergetis Holy Trinity Cathedral of Tbilisi (Holy Trinity Church) is located at an altitude of 2170 meters above sea level. Getting there is not easy, so in the 18th century in the church hid Georgian main shrine — the Cross of Saint Nino. 30 years of the temple, together with its spiritual treasures, tried to burn. The fire went out after three days, and to the amazement of the temple and the ancient icons hardly affected. Holy Trinity Cathedral of Tbilisi — a sacred place for all Georgians. According to legend here rose elders from nearby villages to address critical issues.
July 16 in Georgia say the most ancient Christian holiday «Gergetoba» or «Day of spiritual love.» Traditionally, it is celebrated in the church of Gergeti: holiday service held, prayers are read.
On the territory of Trinity Church arrange base camp tourists who climb to the top of Kazbek. 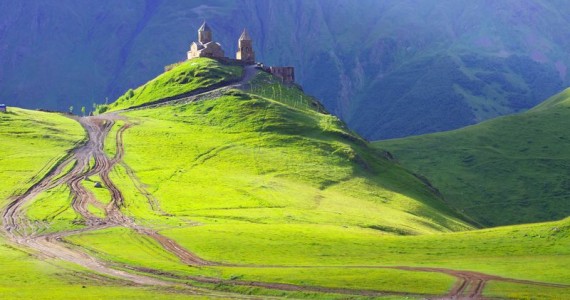 Kazbek — it is the highest covered with glaciers, peak in the Caucasus. Its height of 5033.8 meters. This capricious mountain — it is hidden in the clouds, so that it can not be seen, the sun shines in its glaciers. Rumor has it that shows its top Kazbek only people with pure heart and soul.
This extinct volcano, whose last eruption was 6 thousand. Years ago, attracts climbers of its apex. The ascent begins from the Holy Trinity Cathedral of Tbilisi — the first base camp, travelers climb, passing the glacier, to the meteorological station — the second camp in the ascent to the summit. After spending the night at the meteorological station, mountain climbers climb 1,300 meters to the top of Mount Kazbek, passing the cave of Bethlehem. At the top you can find fabulously beautiful dawn, overlooking the snow-white Elbrus. 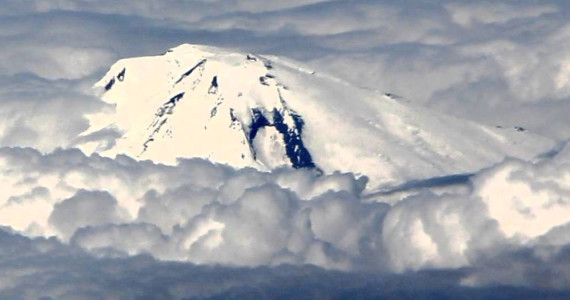